This project is a re-implementation of the Amiga 1200 board started from the schematics.
I made some changes and enhancements to the original schematics.

This project is Open Source: more on Bitbucket

Here you can see Rev2 of the PCB with all the passives soldered. 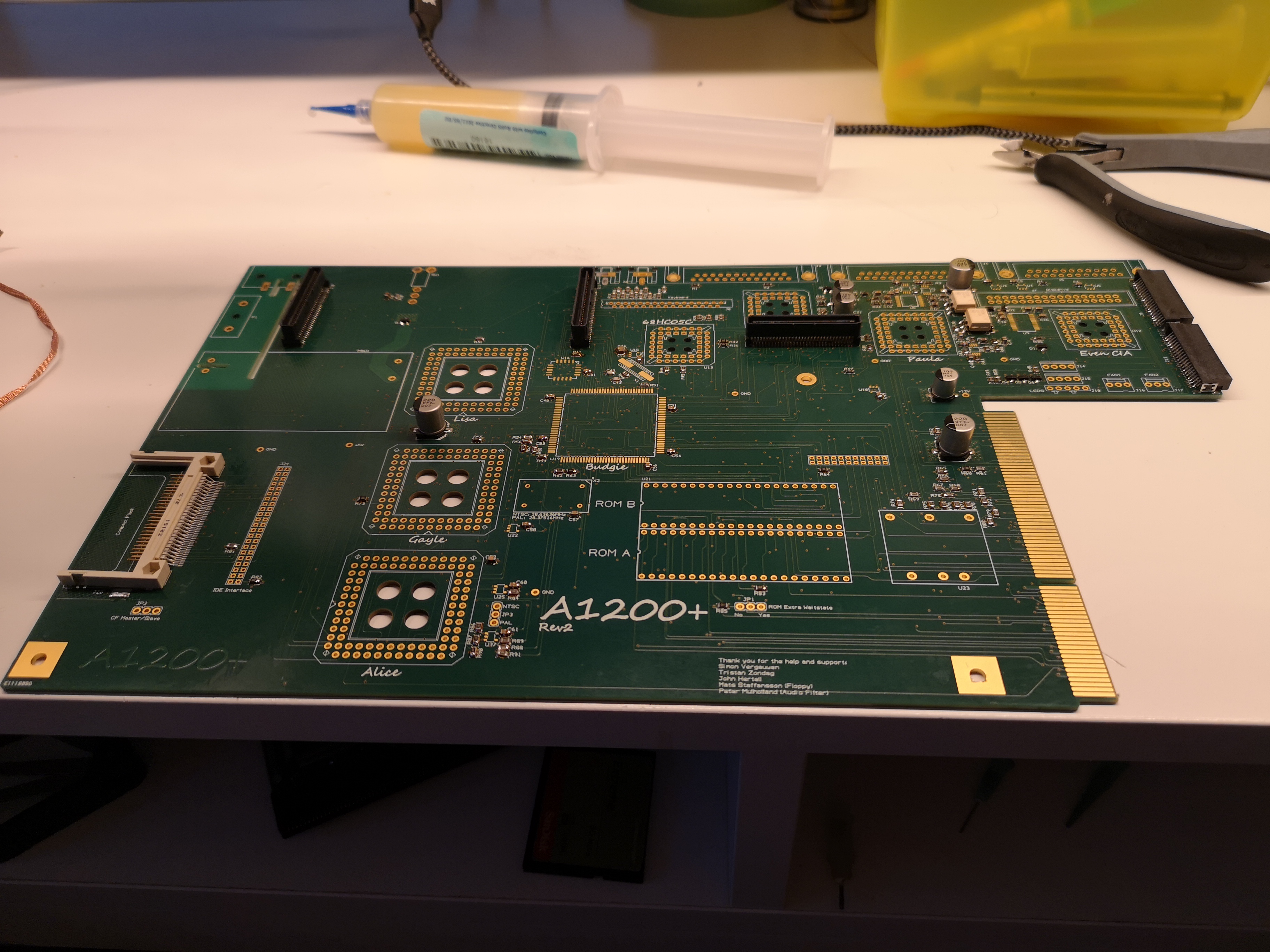 Testing the clearance of the PSU under the keyboard. 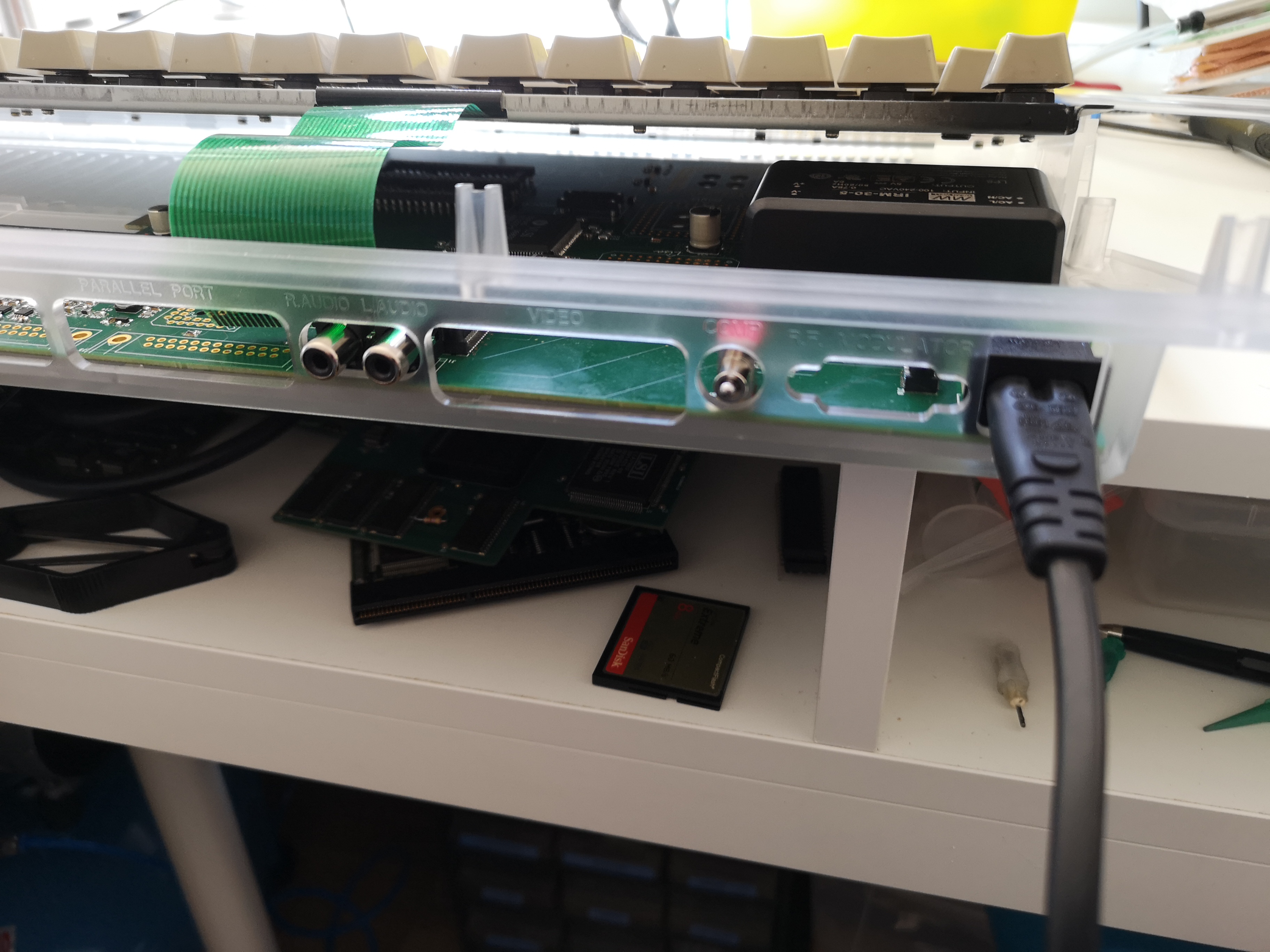 Everything fits just fine under the keyboard and in the case. 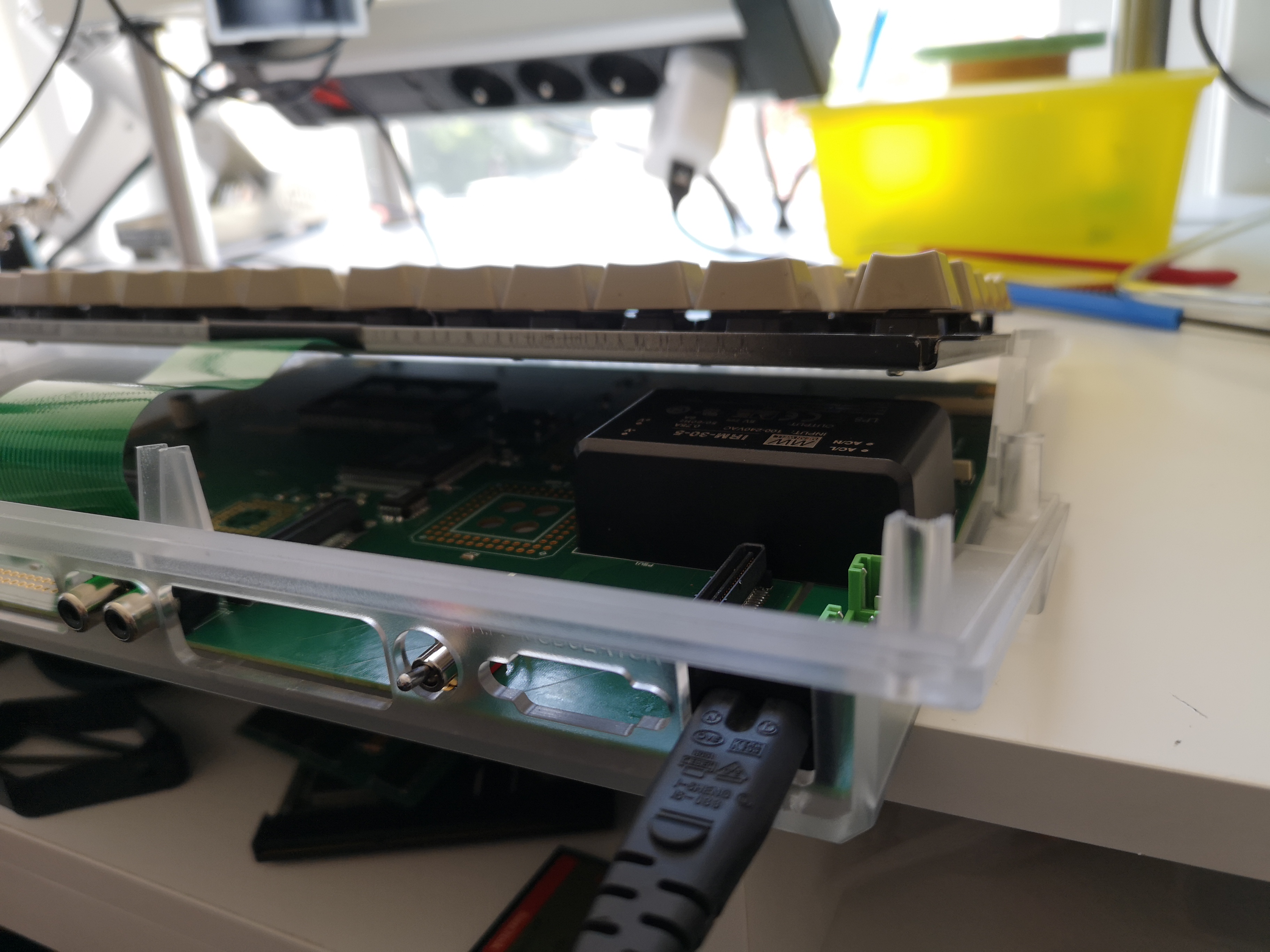 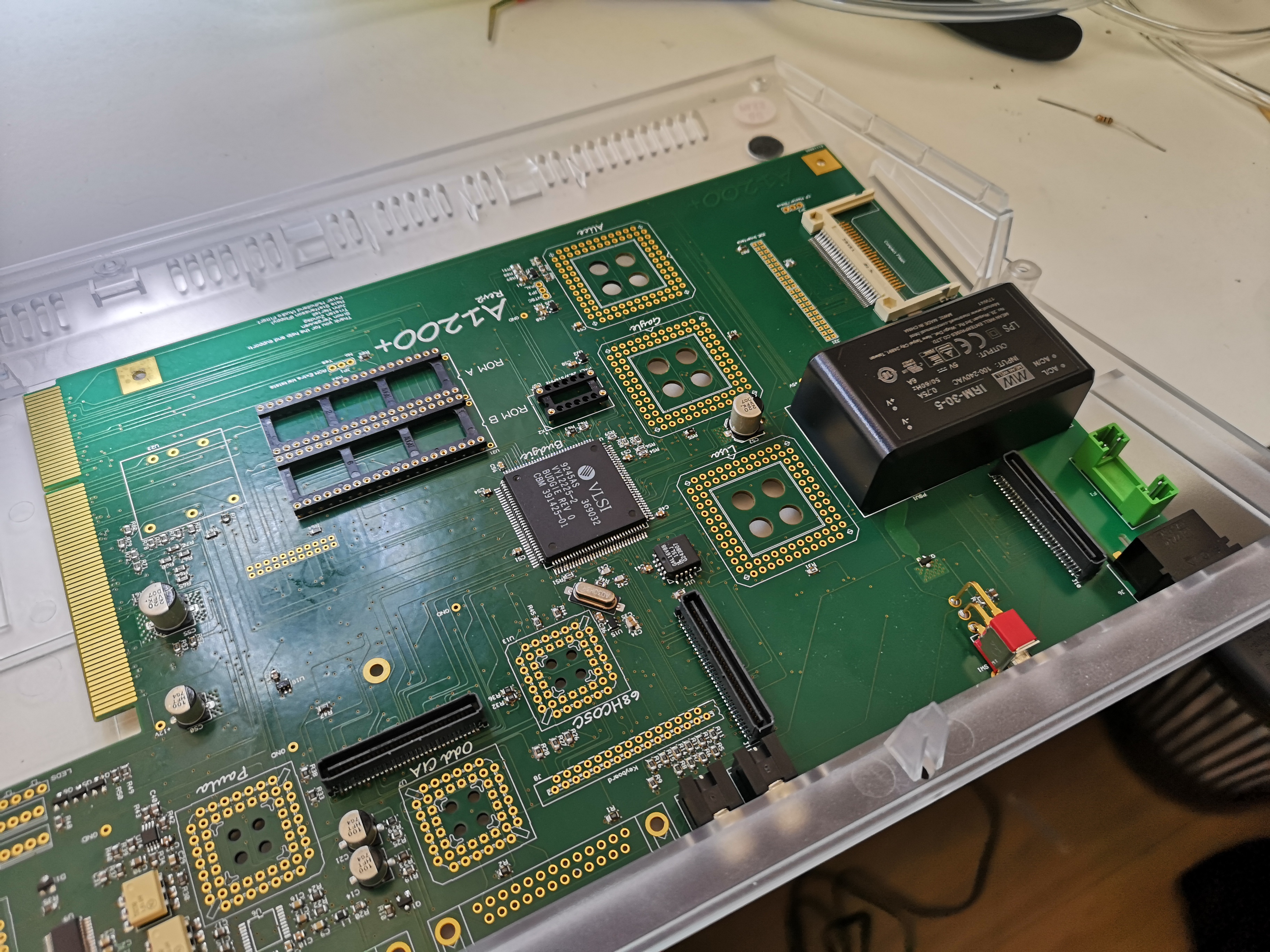 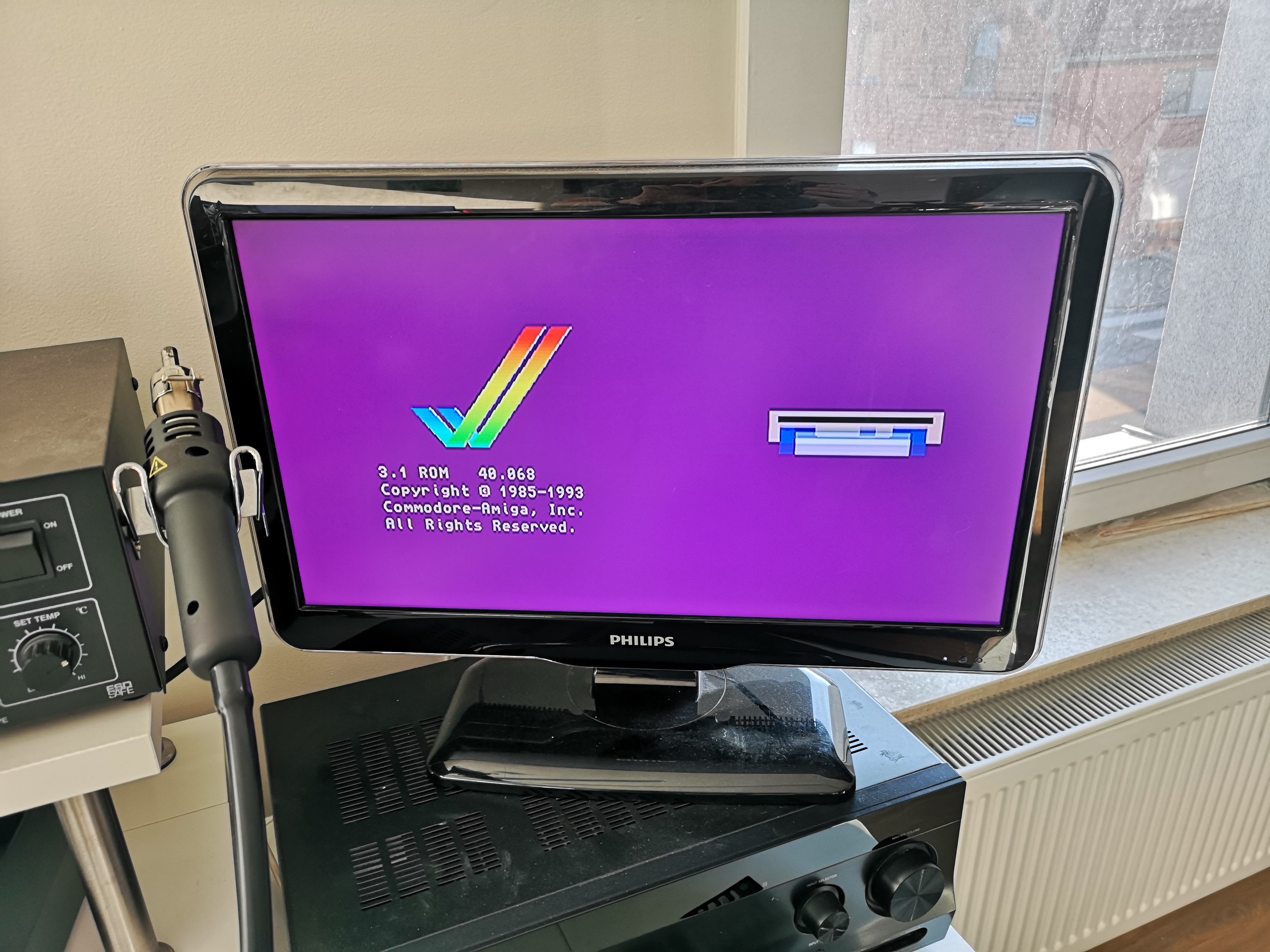 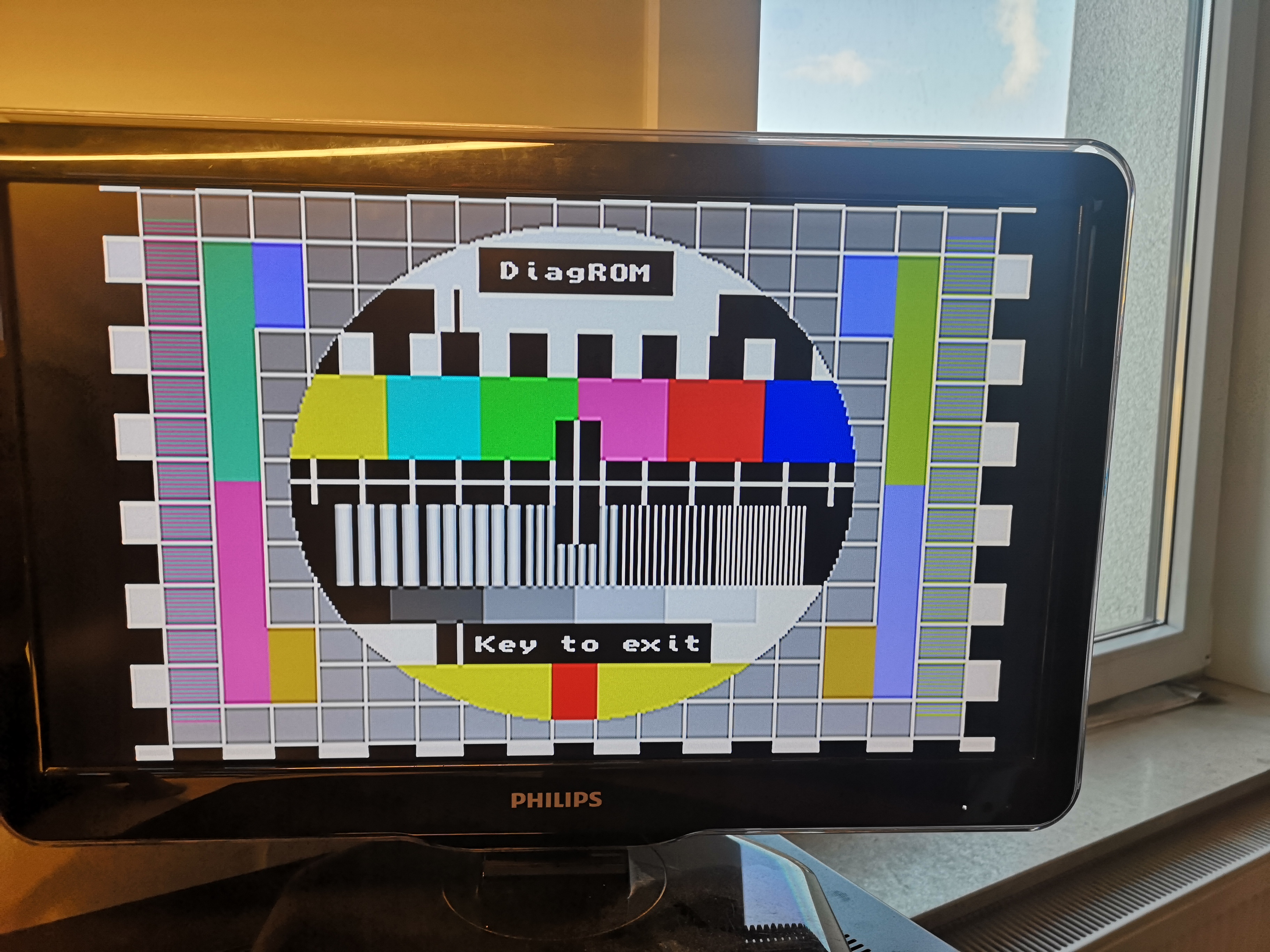 This is the backside of the A1200+
from left to right: 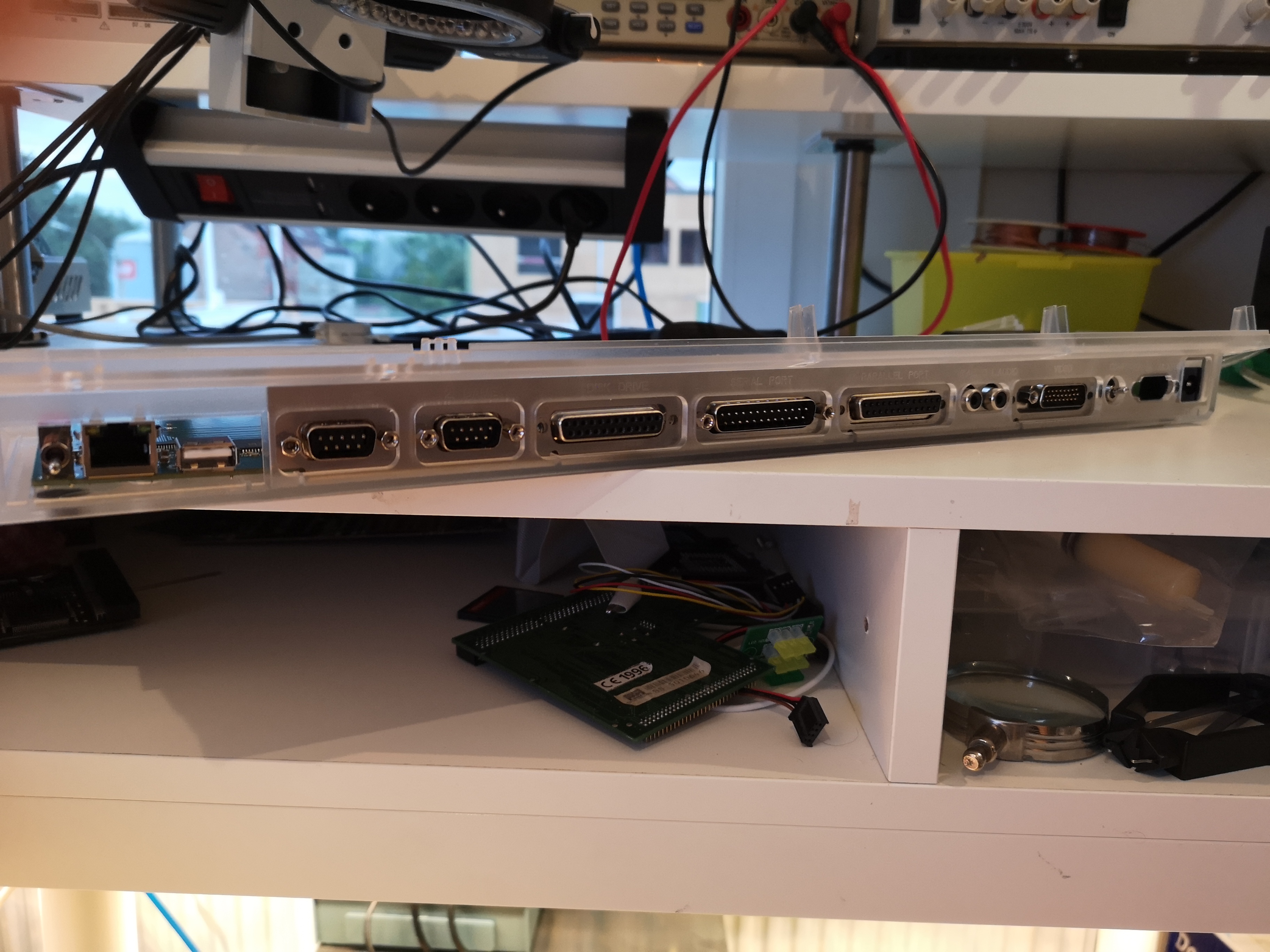 All the PCBs together. 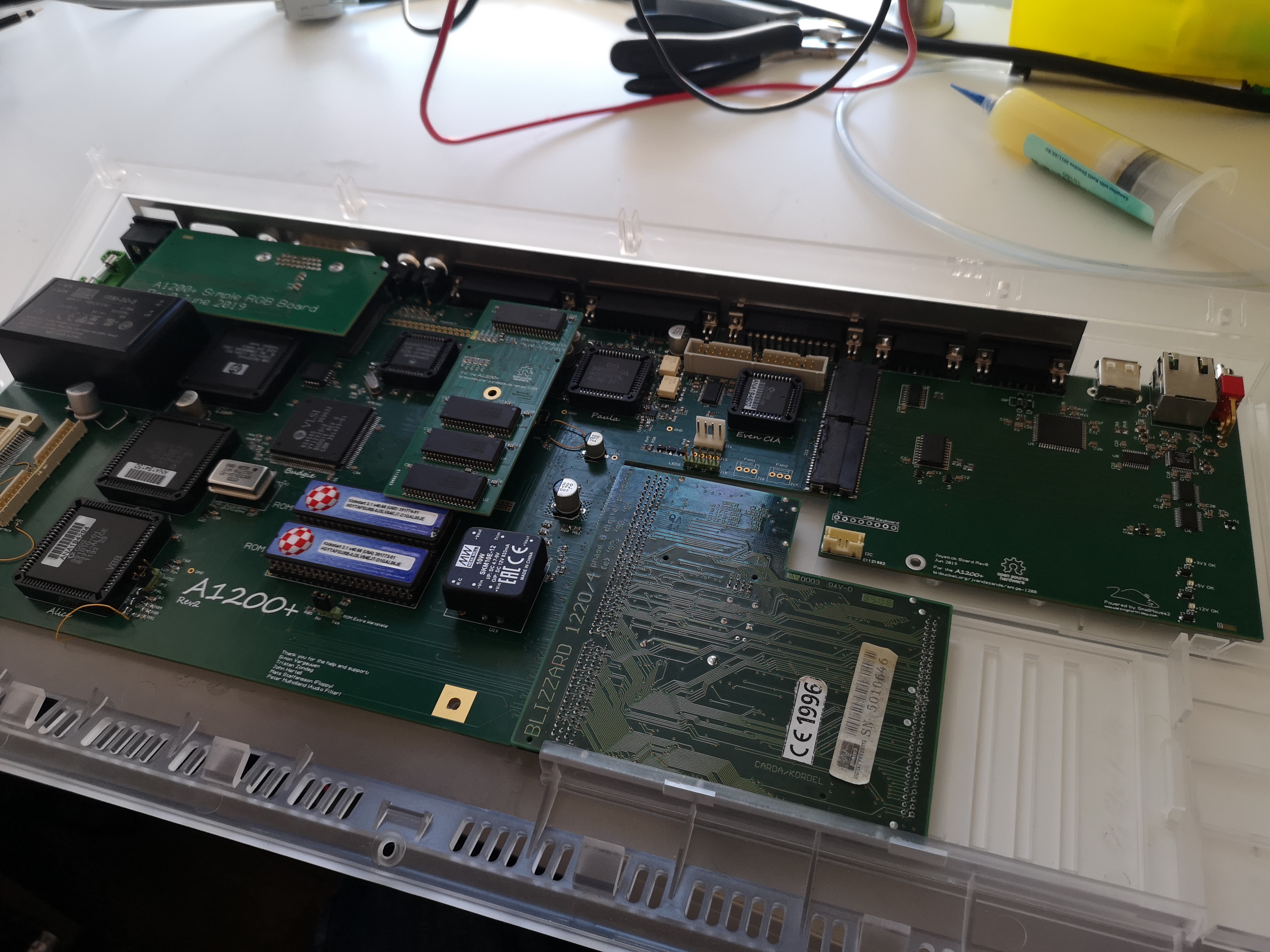 Rev 1 PCB, hopefully, this one will give me some screen output... 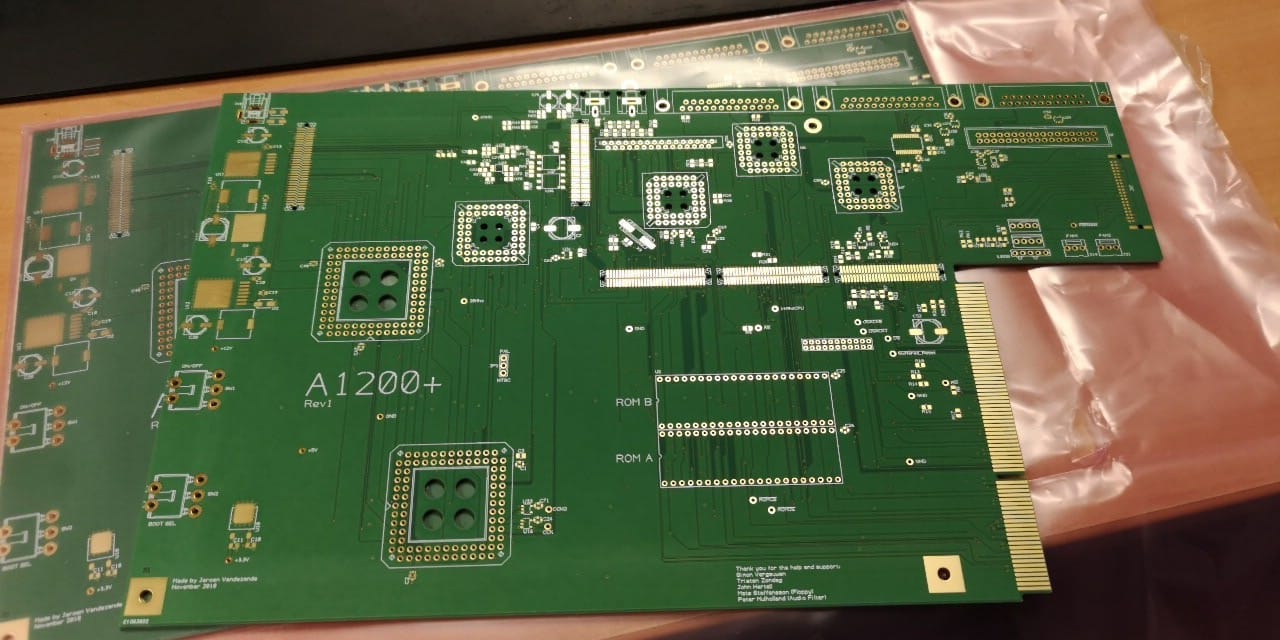 May 2019
Booting Kickstart for the first time.
The colors are a bit off but still: HUGE step. Hooray!
A bug in the RGB bus is causing the colors to be off. 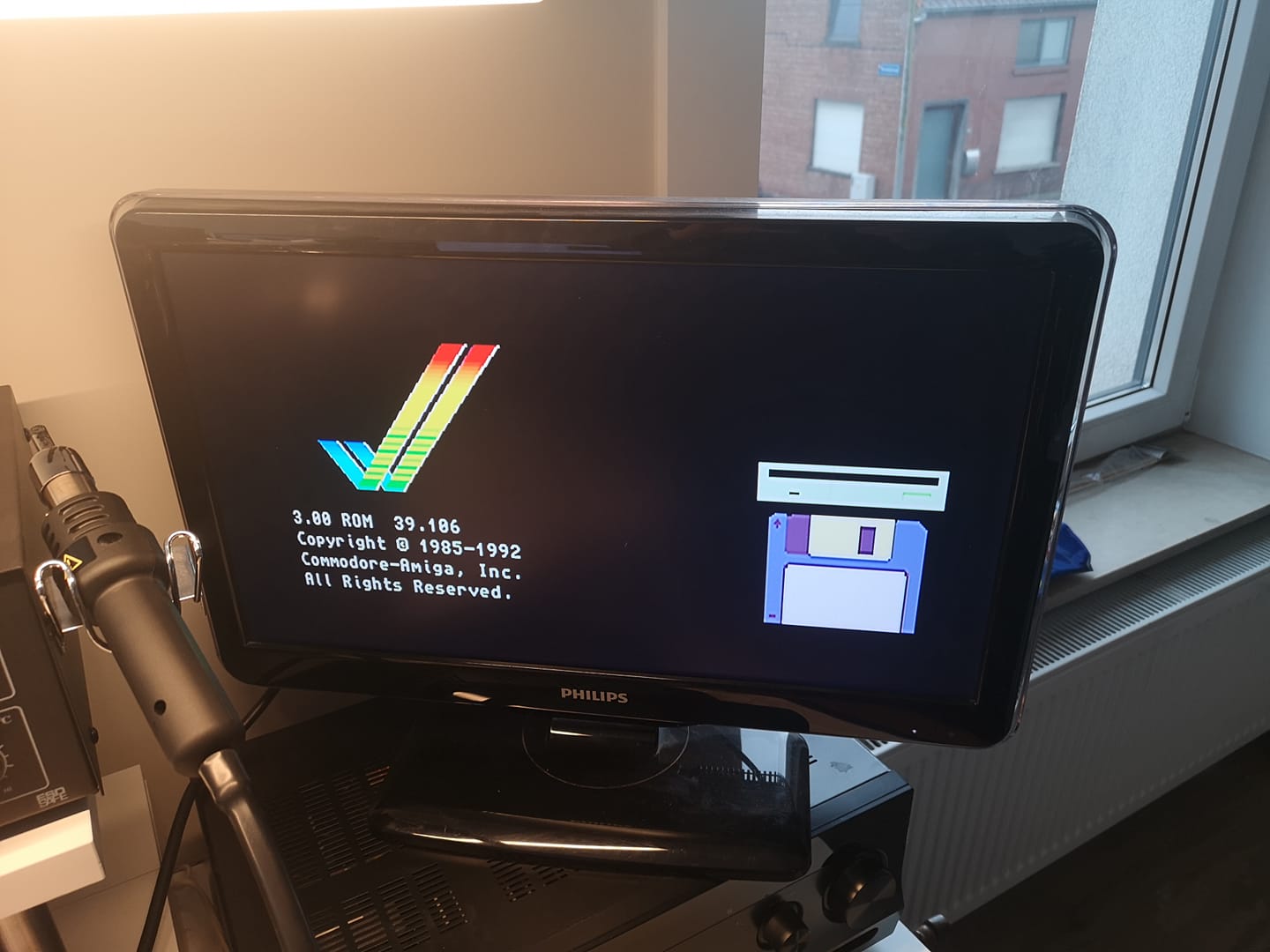 All the PCBs put together.

This is a rendering of the rev0 pcb 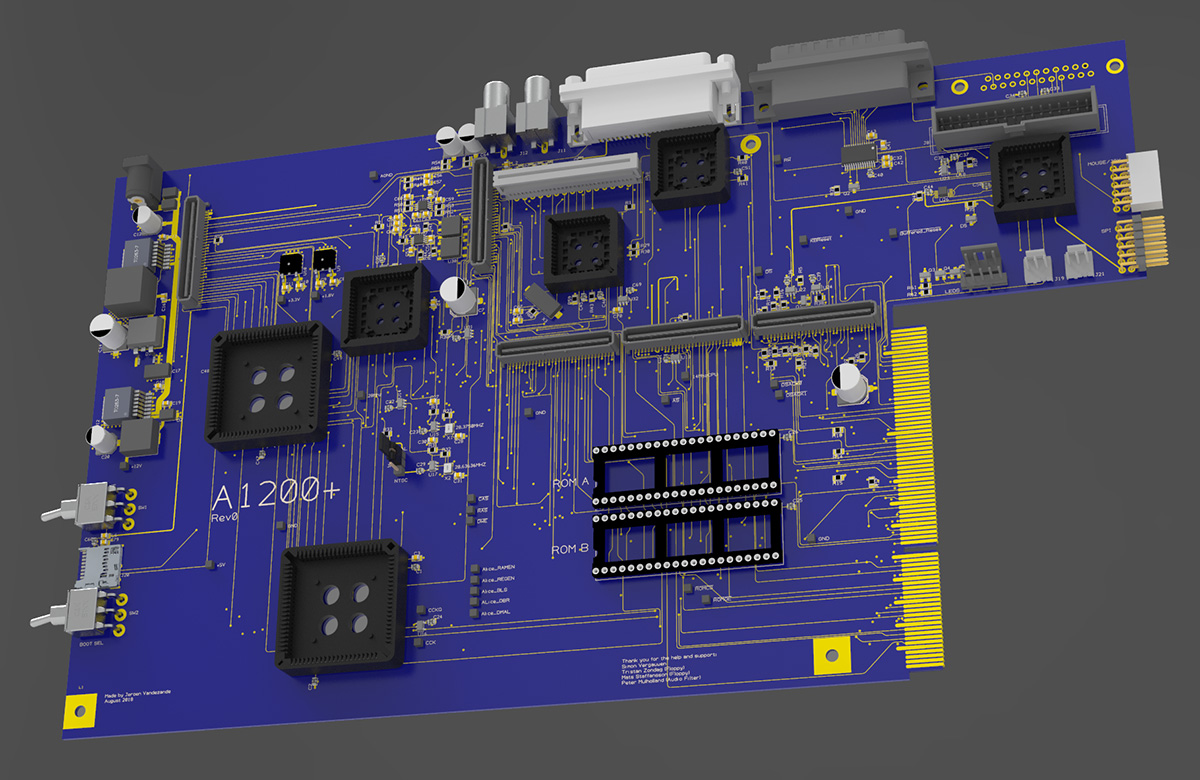 And some pictures of the real Rev0 pcb! 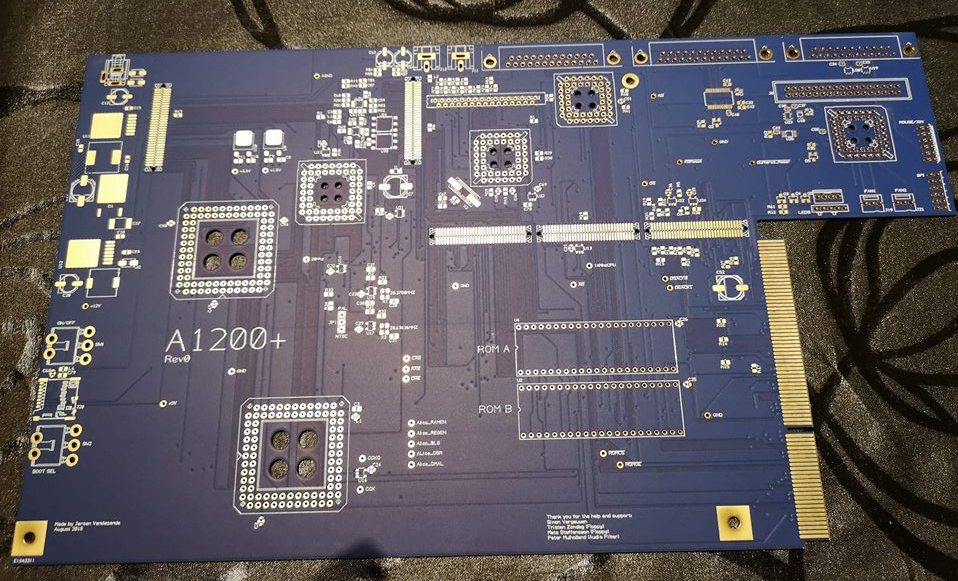 The Ram Board has arrived, soon will start populating that one... 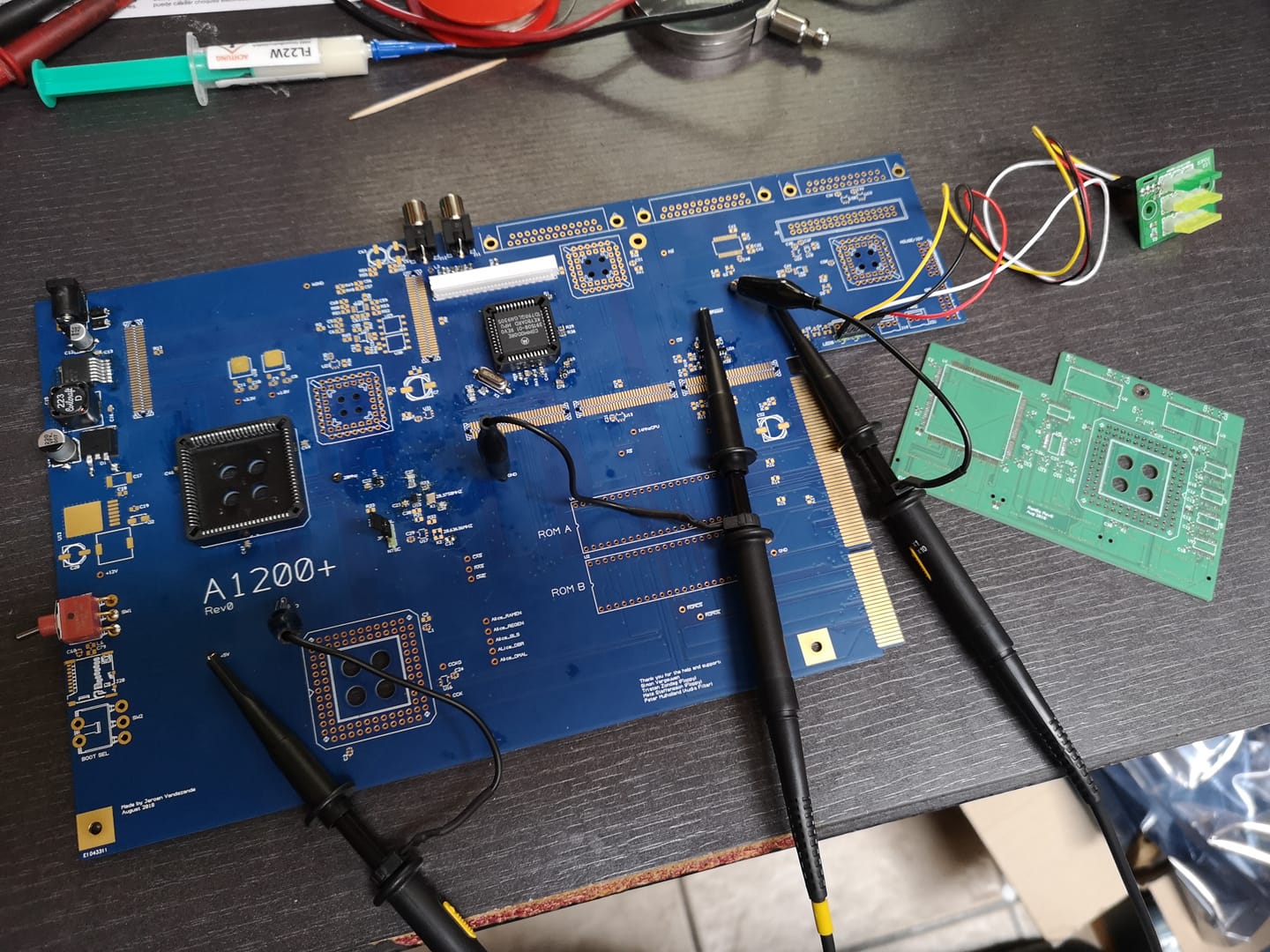 Power-on reset of the keyboard controller and reset lines all over the board are working fine... I made sure that the reset was hold low for at least 450 ms.

Here is a picture of the connector on the bottom of the RamBoard and one on the main board... there will be 3 of those in a row 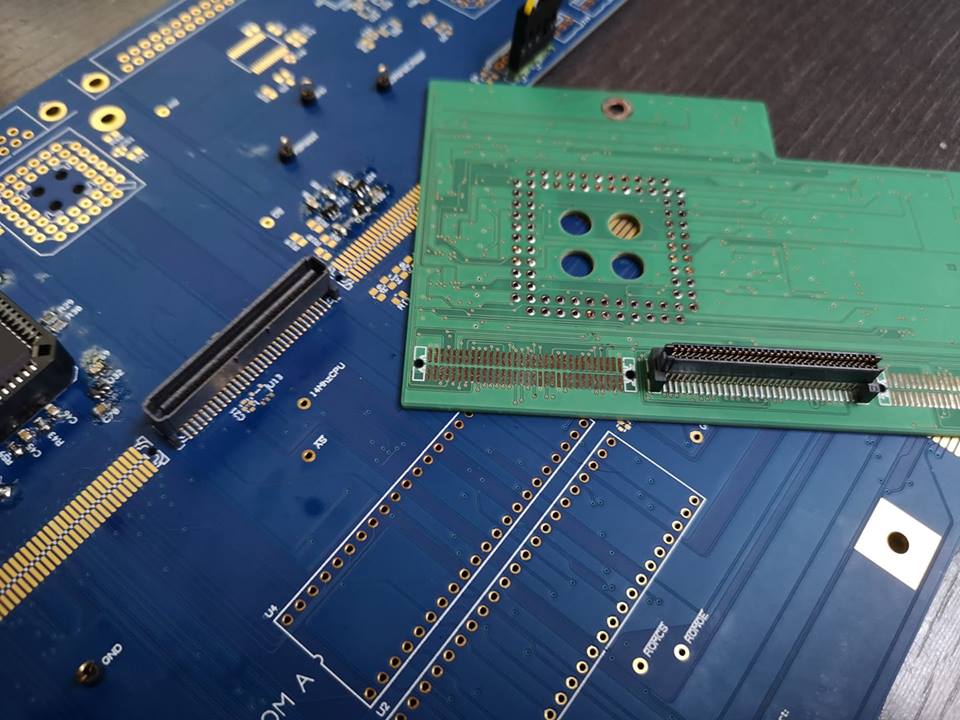 Finished Test RamBoard ... and it fits on the mainboard! 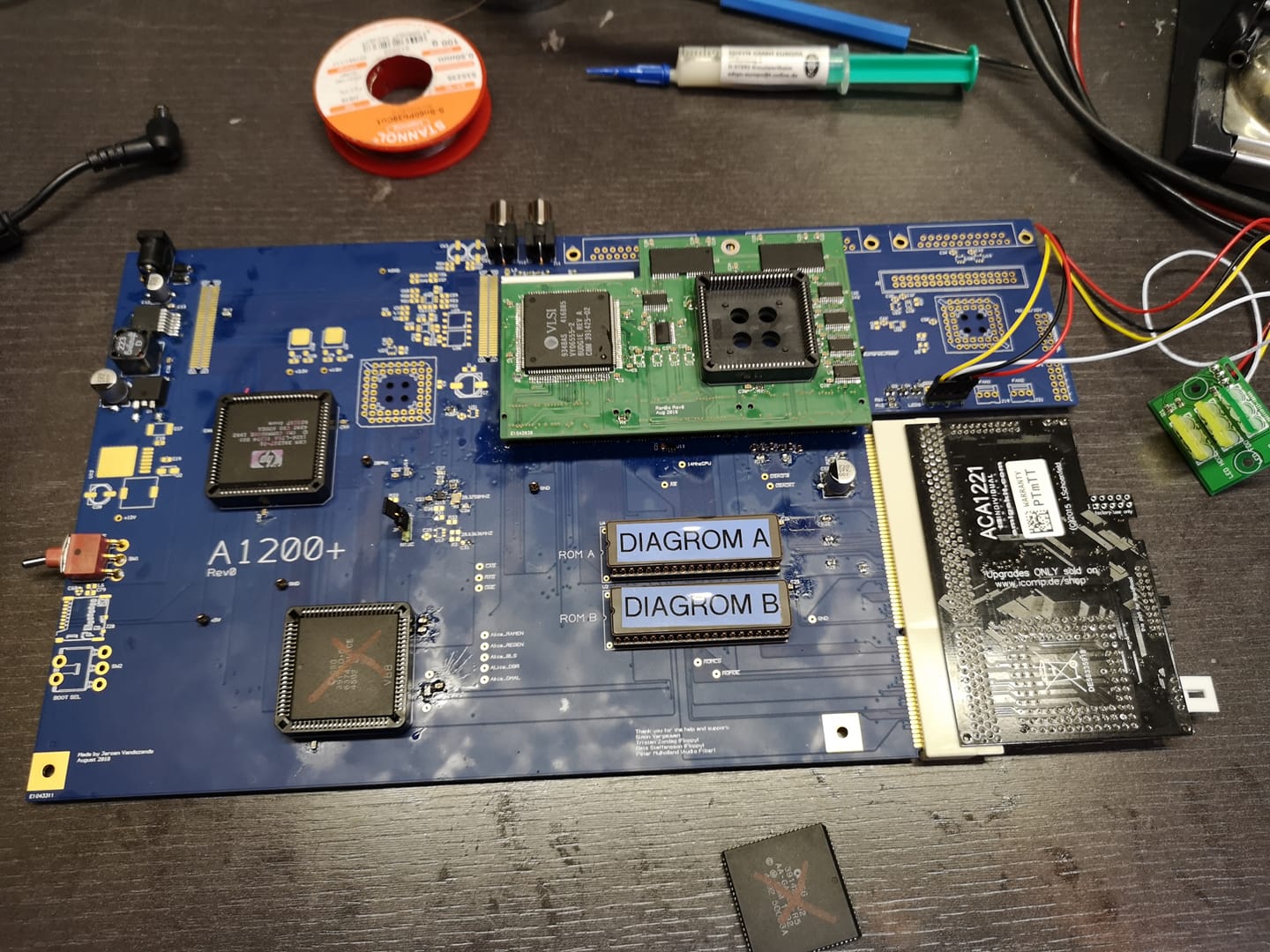